Menu
Log in
Register
Install the app
ooooooooooo
You are using an out of date browser. It may not display this or other websites correctly.
You should upgrade or use an alternative browser.

I just installed a guage style radio in roxor all weather
couple of key pionts of install
1-was going to do a double din but with the way the def. vents hose goes up behind the dash it was going to be a tight fit ,beside I have a mag mount for phone and tablet i just move from motorcycle,slingshot etc.
2-used toggle switch to give me power if key off
3-1 side of toggle tired into roxbox acc fuse box and fused it for constant power side and other side ran wire in wire loom from ac pressure switch (lol i think)ended near fuse box under hood and used piggy back fuse to get acc (keyed) side of toggle
4-kick panel speakers worked out great ,had to trim rubber mats around them , would hane been nice if 1/4 shorter so mat could slide under(I know the same comp does not make mats and kick panels but there sold at same place and with this small of community it would be nice if looked at other companies items to work togather
5- every thing rapped in wire loom
6-it was to cold to paint kick panels to match inter. will do that in spring and hook rear view camera prob at same time

Here are some pics 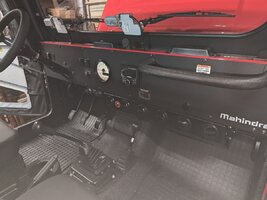 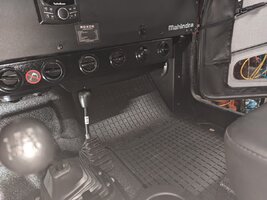 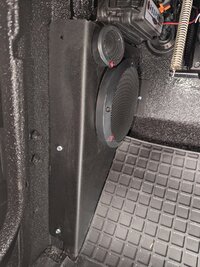 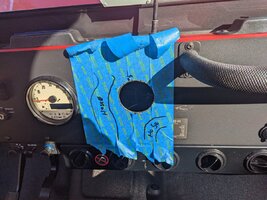 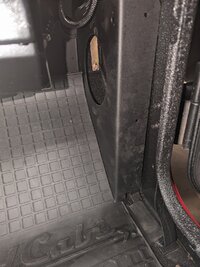 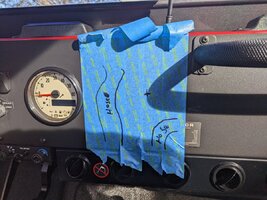 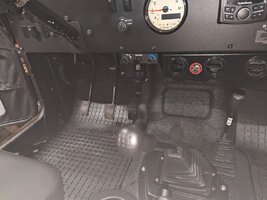 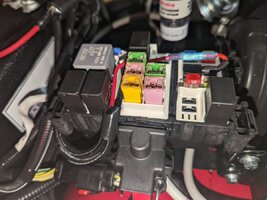 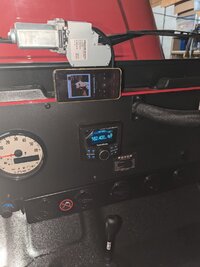 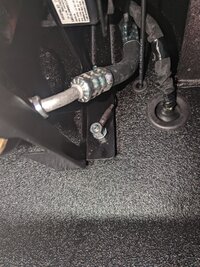 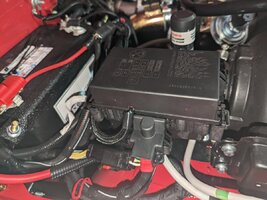 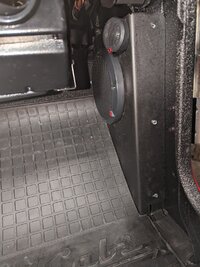 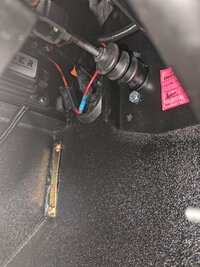 @ramrod: did you actually build the kick panels or are they built for the Roxor?
R

no they are the ones they sell for 95.00 everywhere every nice made and thick,for the price its not worth tring to make your own in this case,i got mine from diesel freaks and mats

Looks great. I'm getting ready to do the same thing.

All done just waiting on the kick panels 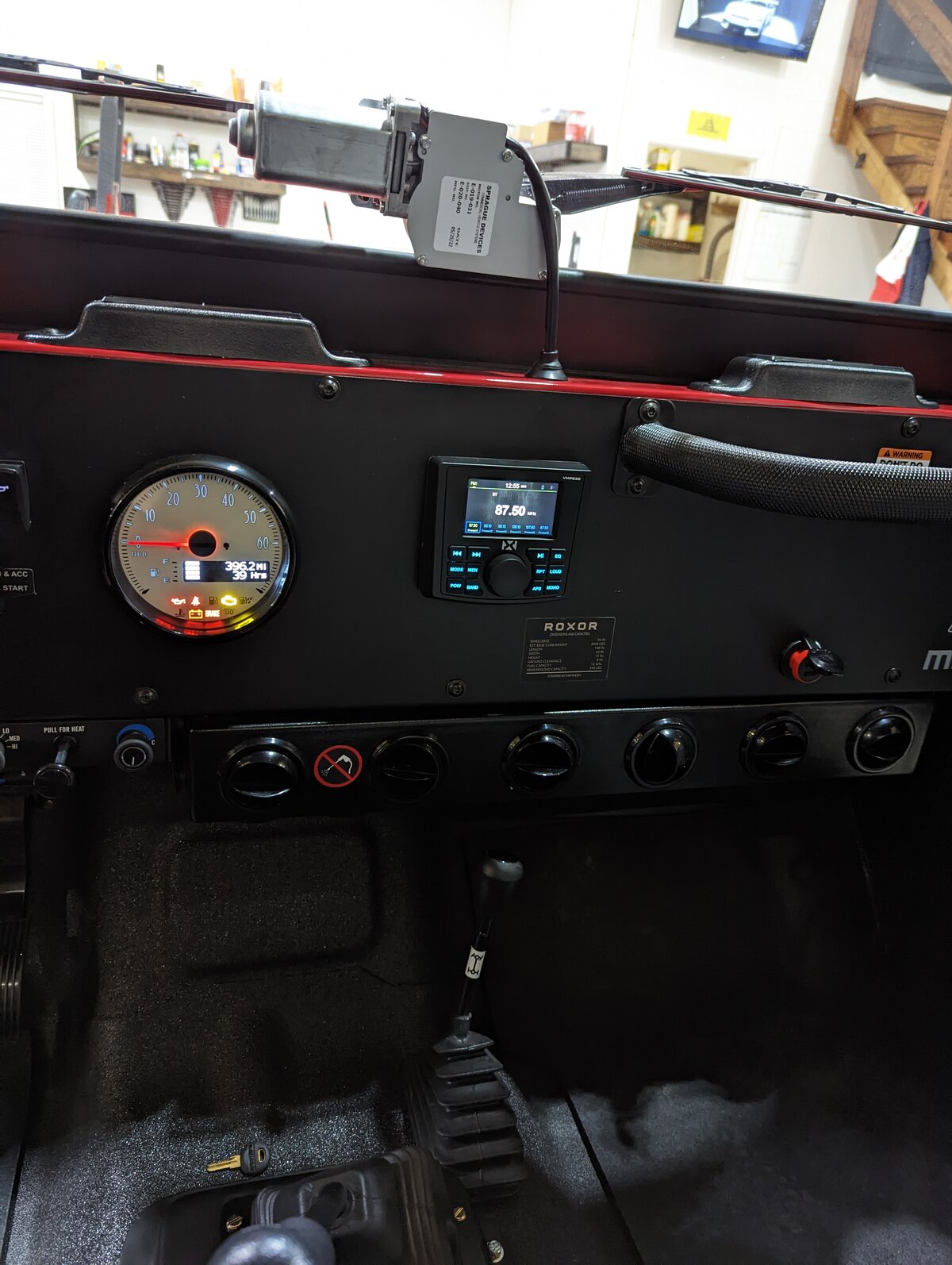 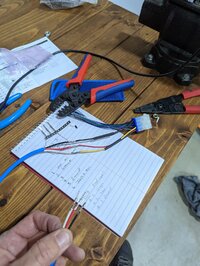 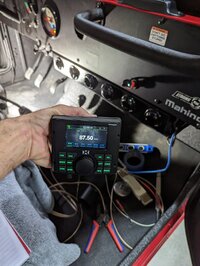 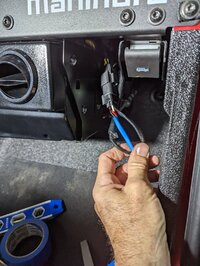 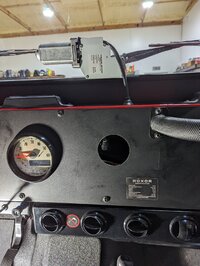 
How good does your a/c cool? Also how good is the heater? I wish I could buy a factory HVAC for mine! Bad thing about roxors is getting parts and accessories

It's works great ,hotest day since I got it prob high 80's and could not go above fan 1 speed it was so cold and I have had heat on in temps in high 20's and same thing in heat, once it warmed up just left it in 1 and it's great ,to get defrost to work good just barely turn on ac to get compressor to come on
R

looks good barnboy ,I got in some 6x9 pods already have the bedliner spray on them looks like a good match ,I will post pics when i have a chance
R 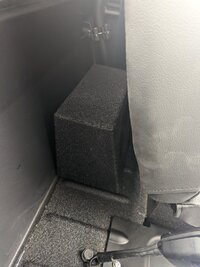 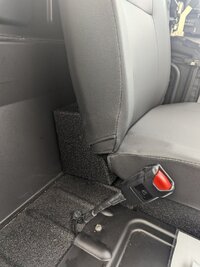 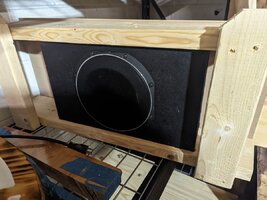 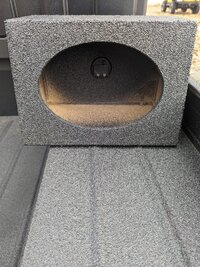 ramrod said:
Here are a few pics of pods not mounted yet and also the jl going to try to fit

Those look great. I'm sure the 6x9's sound awesome

I added some 4" speaker pods to the roll bar. This helped with highs. Just having 6.5's in the kick panels didn't sound very good. 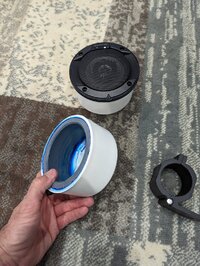 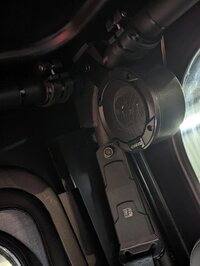 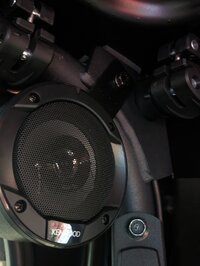 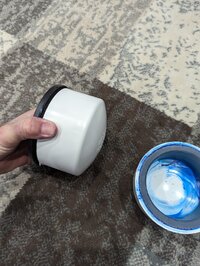 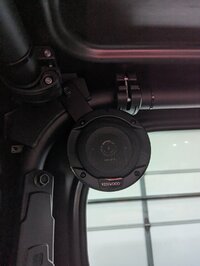 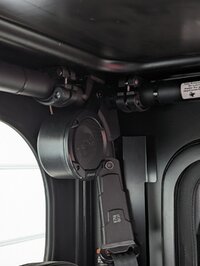 ramrod said:
I did the same thing with pvc pipe before for by sxs they sound good and looks like they are suppose to be there once painted
Click to expand...